Our team is creating profound impacts on our understanding of biology and disease and our ability to create therapeutics that would not have previously been possible. 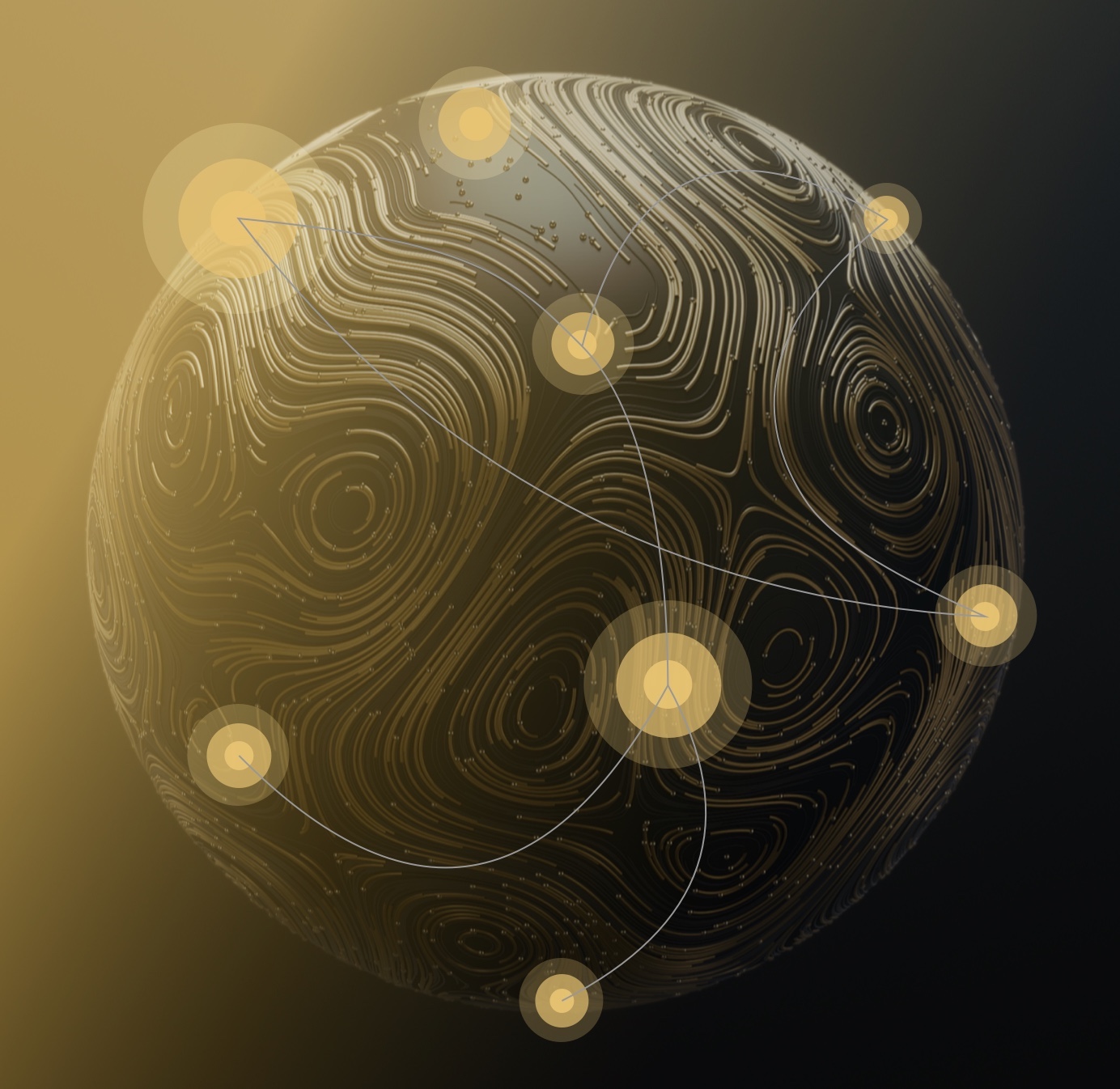 Profoundly impacting our understanding of biology

In 2019, ProFound’s founding team of Noubar Afeyan, Avak Kahvejian, Yann Echelard, Vini Mani, and Erica Weinstein were inspired by a belief that there existed “proteomic dark matter” – peptides and proteins – that could potentially be detected but had thus far gone unannotated and ignored, along with aberrations in the human genome that play unexplained roles in disease. Hypothesizing that there must be a link, we began to explore the white space of proteomics. Our team team unearthed several observations, among them that small, functional proteins seemed to be emerging from what were believed to be non-coding lncRNA transcripts in humans. This surprising insight led the team to ask, “What if the ability of so-called ‘non-coding’ RNAs to create functional proteins was a universal phenomenon and not an exception?” If that were true, it would have profound impacts on our understanding of biology and disease and our ability to create therapeutics that would not have previously been possible.

It turned out that this was precisely the case. In developing tools to reveal the compendium of sequences that are translated into proteins, the team created the ProFoundry™ Atlas, an expanse of at least tens of thousands of novel protein sequences across human biology, each with the potential to be a critical intervention point in disease. Using systematic, hypothesis-driven interrogation of the Atlas, combined with advanced computation and targeted functional screening, ProFound™ Therapeutics has started to reveal previously unknown genetic drivers of disease, immune modulators, circulating metabolic factors, and more. All of these discoveries will feed a diverse pipeline of revolutionary new medicines. This new biology has now opened a vast frontier, with the grand vision to unleash multiples of the biotechnology industry. 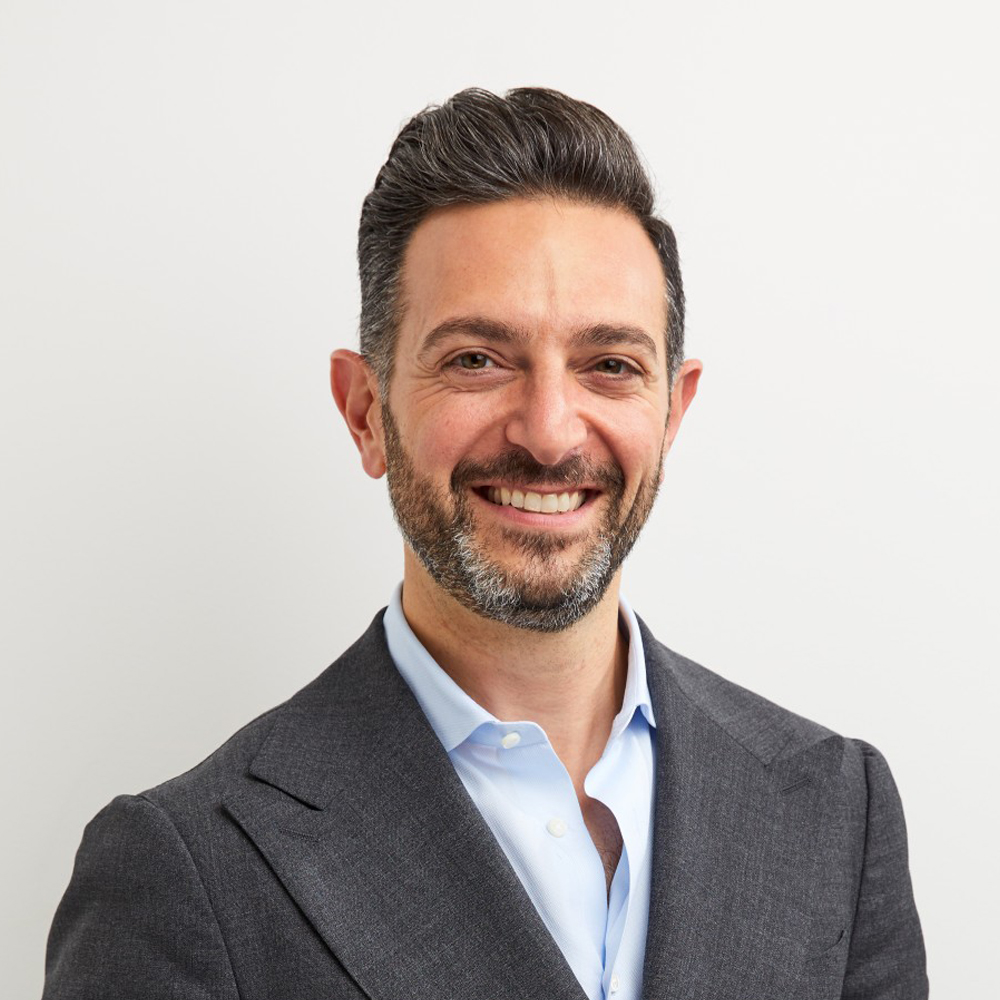 At Rubius, Avak served as founding President and CEO from 2013 to 2017, and then as CIO until the end of 2018. There he established the Rubius Erythrocyte Design (RED)™ platform and conceived and developed dozens of Red Cell Therapeutics (RCTs)™ spanning a range of therapeutic modalities including enzyme therapies, immuno-oncology and oncology therapies, and tolerogenic drugs. Avak served as founding CEO of Ring Therapeutics, Cellarity, and Laronde from 2017 to 2020, as co-CEO of Generate from 2017 to 2021, and is on boards of these companies, including as the Chairman of Ring.

Prior to Flagship, Avak was Vice President of Business Development at Helicos BioSciences. In this role, he developed and commercialized the world’s first single molecule DNA sequencer.

Avak serves on the board of the International Institute of New England, an institution which creates opportunities for refugees and immigrants to succeed through resettlement, education, career advancement and pathways to citizenship. From 2014 to 2020, he served on the board of the Canadian Entrepreneurs of New England, an organization dedicated to assisting Canadian entrepreneurs build ties with the Boston life sciences and technology ecosystems.

Avak earned his Ph.D. and B.Sc. in Biochemistry from McGill University in Montreal, Canada. 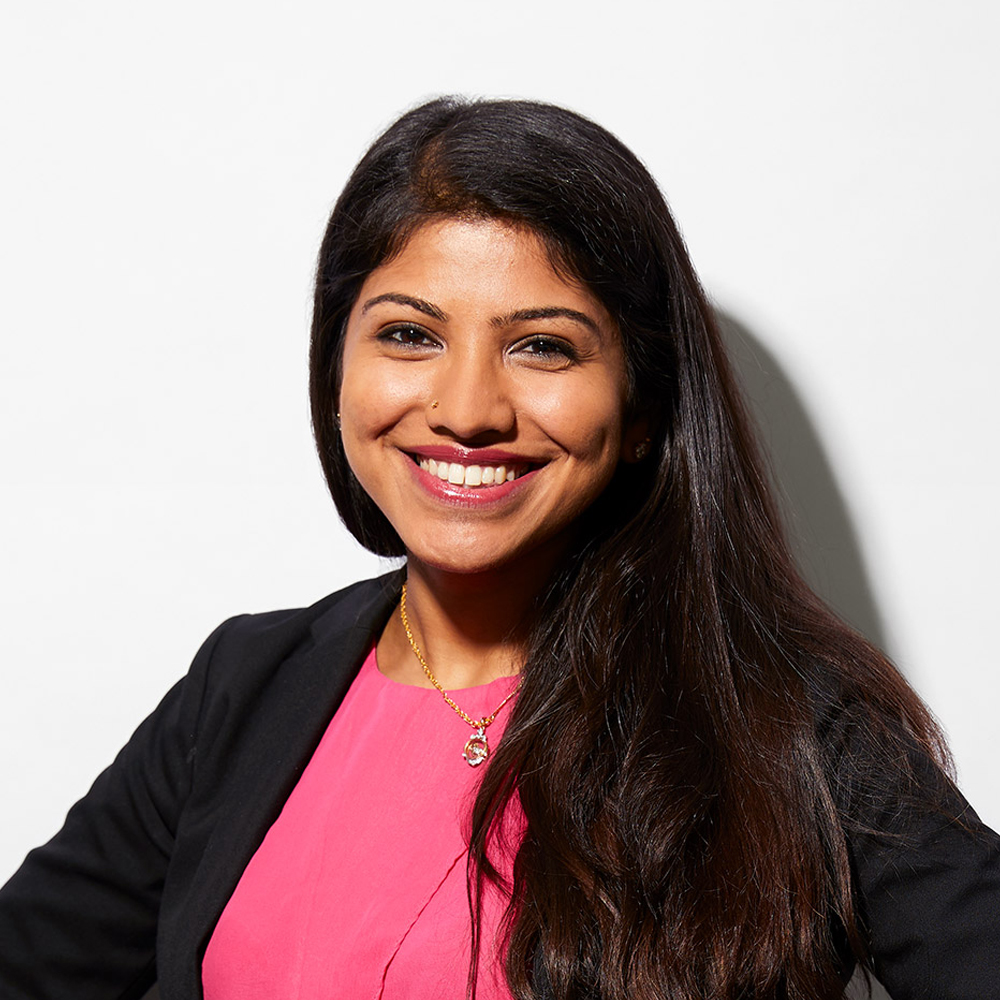 Vini Mani joined Flagship Pioneering as an associate in 2019, working across the life cycle of emerging ventures in the life sciences. In her role, she works as part of the team of entrepreneurial scientists exploring new areas of biology to create and grow Flagship’s first-in-class platforms, in roles ranging from scientific development, early stage strategy, and intellectual property. At Flagship Pioneering, Vini co-founded ProFound Therapeutics, leading the genesis and growth of the ProFoundry Platform. She was also involved in the early growth of Ring Therapeutics and contributed to the origination of other endeavors still in stealth.

Prior to joining Flagship, Vini co-founded and served as Director of Product Development at Adeo Health Science, a Boston-based startup focused on the prevention of allergy development in children. From her undergraduate work, Vini co-founded Knox Medical Diagnostics (now Aluna Health), with the mission to detect the onset of asthma flares.

Vini completed her doctoral studies in Immunology at Harvard Medical School. Her graduate work shifted the paradigm of T cell differentiation, uncovering a novel stage of T cell development termed “homeostatic conditioning". Vini’s graduate work resulted in several high-impact publications in journals such as Science, Cell and Nature, and earned her several honors, including the Janeway Award from the American Association of Immunologists.

Vini holds a Ph.D. in Immunology from Harvard Medical School and a B.S. in Bioengineering with a Certificate in Entrepreneurship and Technology from the University of California, Berkeley. 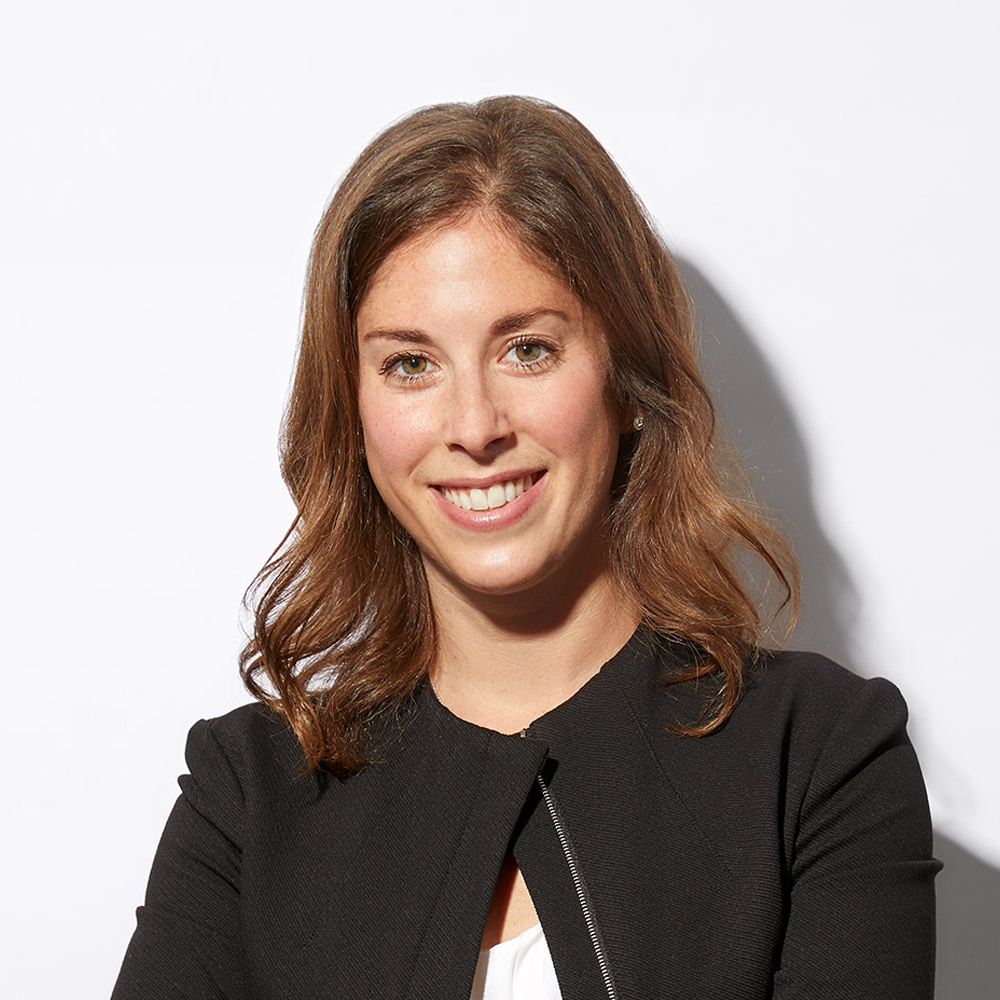 Erica Weinstein joined Flagship Pioneering in 2015 after completing the firm's Fellowship Program. At Flagship, Erica works as part of a team of entrepreneurial scientists exploring innovative ideas and developing the science, intellectual property, and business strategy that form the foundation of breakthrough startups.

At Flagship, Erica co-founded Ring Therapeutics, Laronde Therapeutics and ProFound Therapeutics and launched Inzen Therapeutics. At Laronde, Erica led the value creation strategy along with the biology team. Previously at Ring, she led the translation team where she invented and developed the company’s Anellovector platform.

Before joining Flagship, Erica earned her doctorate in biomedical sciences at the Icahn School of Medicine at Mount Sinai, where she researched the emerging role of the microbiome in autoimmune disease development. During her studies, Erica was the recipient of the Helmsley Charitable Trust Fellowship and the Levine Foundation Fellowship Awards. Erica received her B.S. in biology and minor in global health, culture, and society from Emory University. Erica's work has resulted in numerous patents and publications. Erica was honored in 2017 as a top female leader in Business Insider's 30 Biotech leaders under 40, and in2021 in Business Insiders’ list of 12 young serial entrepreneurs building the nextgeneration of biotech startups. 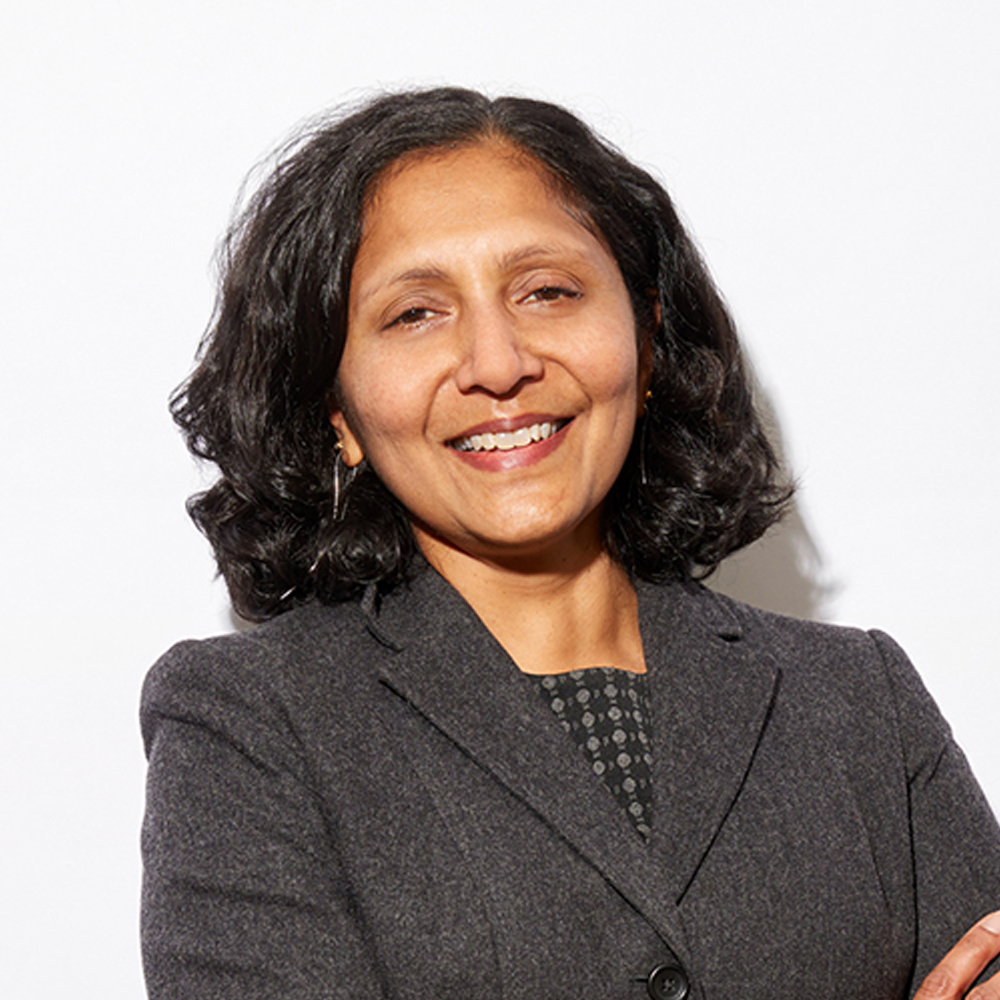 Before joining Flagship, Kala was Chief of Staff, Head of Strategy and Business Development & Licensing at Ichnos Sciences. She led Ichnos’ separation from its parent company, developing the company’s corporate strategy and preparing for fundraising and due diligence necessary for external partnerships. Prior to Ichnos, Kala served as VP, Chief of Staff Oncology at Gilead Sciences/Kite Pharma and SVP, Head of Strategic Development and Operations at CRISPR Therapeutics. She spent 13 years at Novartis Pharmaceuticals in a variety of roles including VP, Global Head of Strategic Development, and Program Management in Oncology Global Development and Medical Affairs. She led the program and portfolio management, as well as strategic planning and budget management for a portfolio of over 25 compounds. Prior to Novartis, Kala worked at Accenture and Millennium. 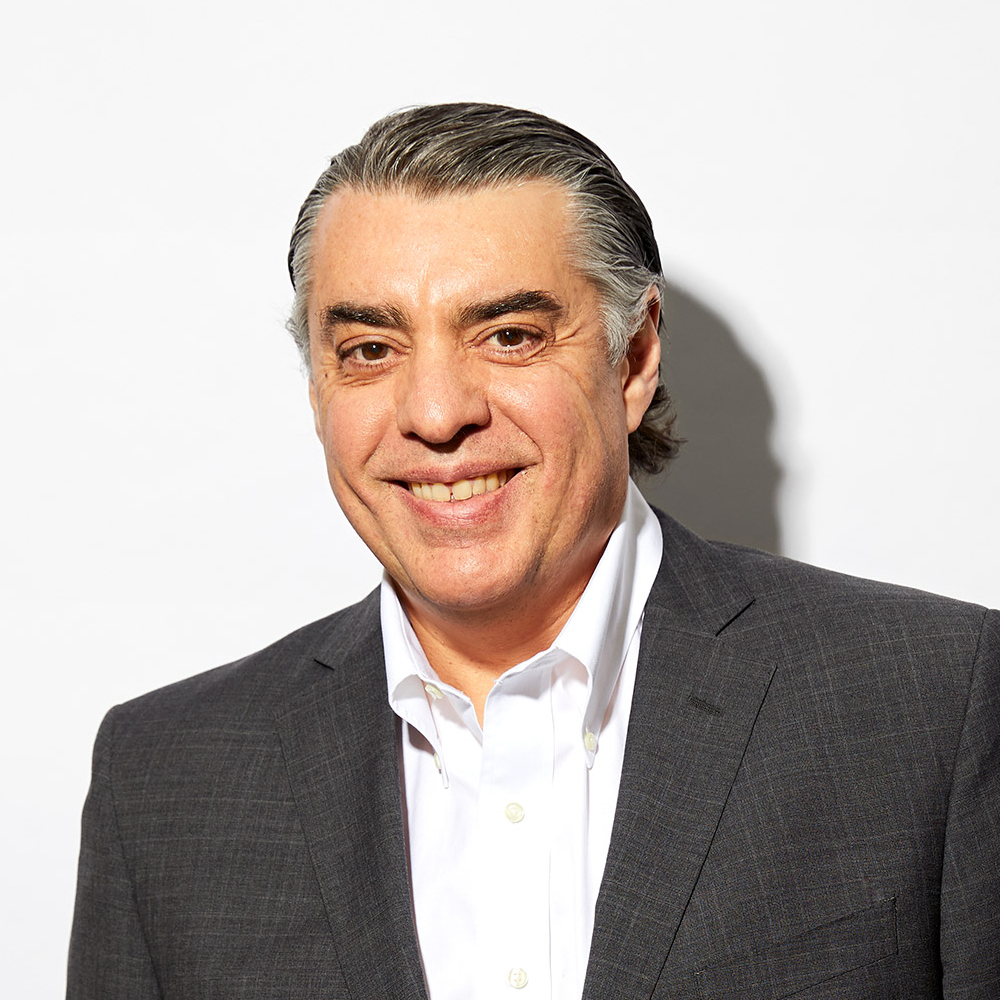 Yann Echelard joined Flagship Pioneering in 2018, focusing on internal biotechnology innovation and venture creation. Prior to Flagship, Yann was president and CEO at rEVO Biologics, which developed and commercialized therapeutics for thromboembolic disorders and critical care. At rEVO Biologics (and its predecessors Genzyme Transgenics and GTC Biotherapeutics) since 1994, Yann was initially involved with technology development leading to the commercial application of somatic cell nuclear transfer technology in large animals and to the regulatory approval of ATryn®, the first transgenically-derived therapeutic. Later, his involvement in business and corporate development culminated in the eventual acquisition of GTC by LFB SA, the French plasma fractionator. In addition to his role at rEVO and LFB, Yann was also engaged in spinning-out several companies out of the LFB group, such as Hema Biologics (focused on bleeding disorders), LFB-USA (transgenic platform), and TG Therapeutics.

Yann earned his Ph.D. from Université de Montréal in the laboratory of Dr. Alexandre Sasarman, working on the genetic characterization of heme biosyntesis pathway. After initial postdoctoral training in oncology at the Ludwig Institute Montreal branch (McGill University), he was a visiting scientist in the laboratory of Andy McMahon at the Roche Institute and at Harvard University where he worked on the regulation of Wnt-1 and on the isolation and functional characterization of the Hedgehog genes, the first identified vertebrate morphogens.

Yann is currently a director at TG Therapeutics (NASDAQ:TGTX), a New York City based biotechnology company focused the B-cell malignancies and auto-immune disorders. 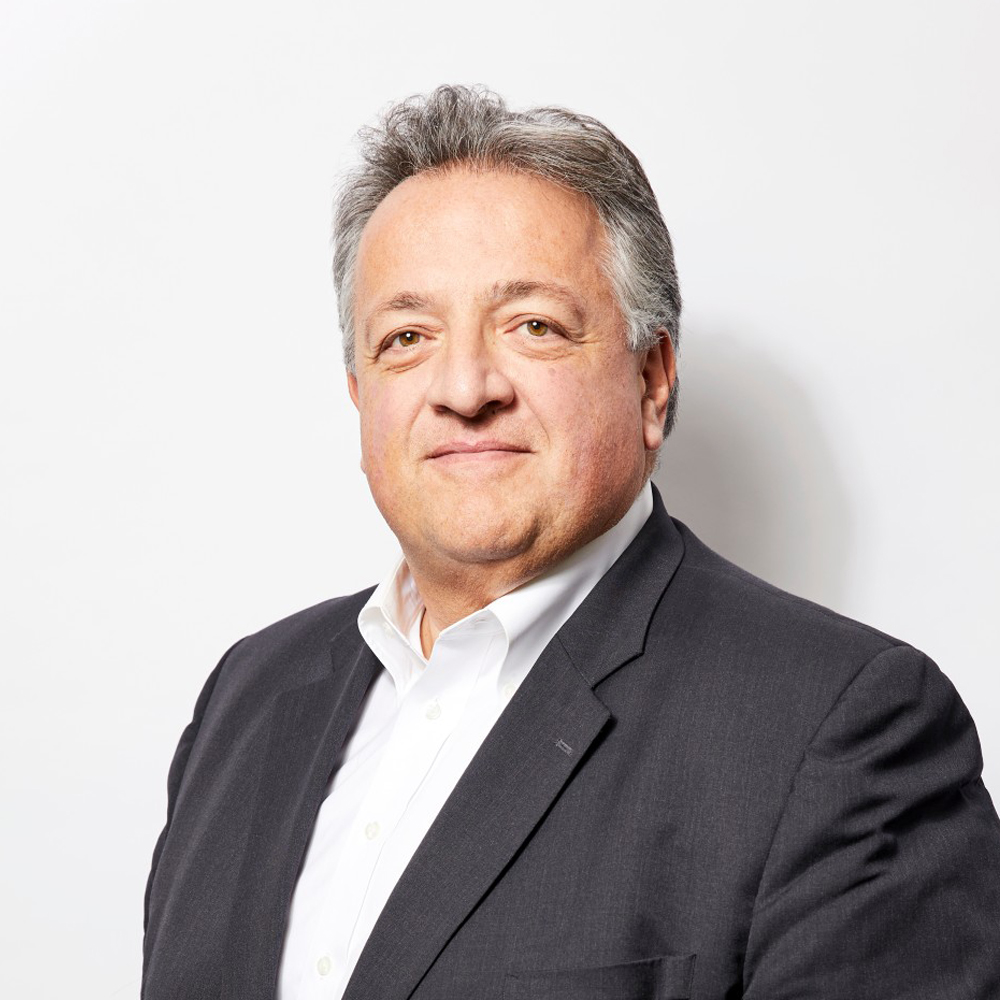 Noubar Afeyan has dedicated his career to improving the human condition by systematically creating science-based innovations that serve as the foundation for startup companies. At Flagship Pioneering, which he founded in 2000, Noubar has created an enterprise where entrepreneurially minded scientists invent seemingly unreasonable solutions to challenges facing human health and sustainability. They begin by asking “What if?” and iterate toward the unexpected answer “It turns out,” resulting in the creation of first-in-category companies with significant impact. Flagship has fostered the development of more than 100 scientific ventures resulting in over $140 billion in aggregate value, thousands of patents and patent applications, and more than 50 drugs in clinical development.

During his career as inventor, entrepreneur, and CEO, Noubar has cofounded and helped build over 50 life science and technology startups. Prior to founding Flagship Pioneering, Noubar was the founder and CEO of PerSeptive Biosystems, a leader in bio-instrumentation that grew to $100 million in annual revenues. After PerSeptive’s acquisition by Perkin Elmer/Applera Corporation in 1998, he became senior vice president and chief business officer of Applera, where he initiated and oversaw the creation of Celera Genomics.

Noubar entered biotechnology during its emergence as an academic field and industry, completing his doctoral work in biochemical engineering at MIT in 1987. He has written numerous scientific publications and is the inventor of over 100 patents. He was a senior lecturer at MIT’s Sloan School of Management from 2000 to 2016, and a lecturer at Harvard Business School until 2020. He teaches and speaks around the world on topics ranging from entrepreneurship, innovation, and economic development to biological engineering, new medicines, and renewable energy.

Noubar’s commitment to improving the human condition through science and business goes hand in hand with social investments and a global humanitarian initiative. Together with his partners, he has launched philanthropic projects including the Aurora Humanitarian Initiative, FAST Foundation, and the UWC Dilijan School. Noubar is a member of the Corporation of MIT (the Institute’s governing body) and a member of the board of trustees for the Boston Symphony Orchestra.

Noubar was born in Beirut to Armenian parents in 1962, did his undergraduate work at McGill University in Montreal, and completed his Ph.D. in biochemical engineering at MIT in 1987. A passionate advocate of the contributions of immigrants to economic and scientific progress, Noubar received the Golden Door Award in 2017 from the International Institute of New England, in honor of his outstanding contributions to American society as a U.S citizen of foreign birth. He was also awarded a Great Immigrant honor from the Carnegie Corporation in 2016, received a Technology Pioneer award from the World Economic Forum in 2012, and was presented with the Ellis Island Medal of Honor in 2008. In 2022, Noubar was elected to the National Academy of Engineering. 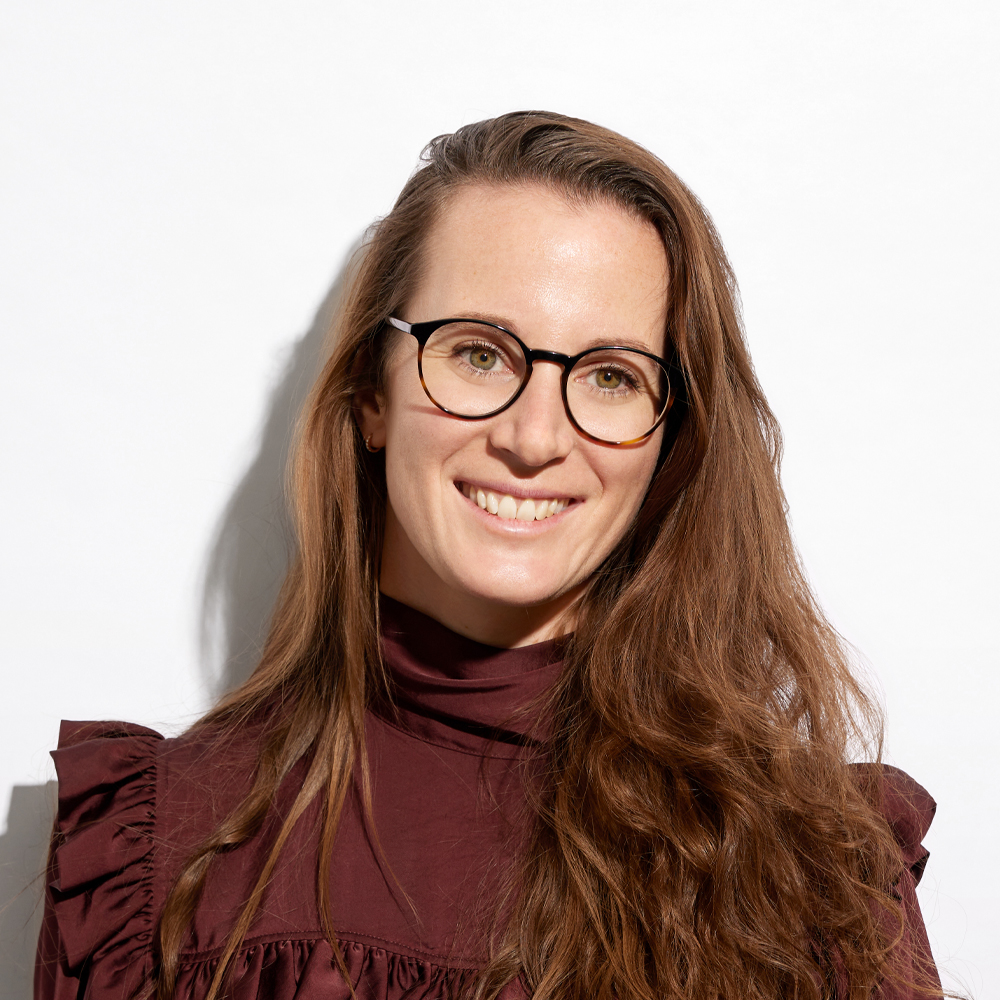 Charlotte joined Flagship Pioneering as an associate in 2020 after completing the summer fellowship program. Since her arrival, she has been working across the life cycle of emerging ventures in the life sciences. She works in roles ranging from ideation, scientific development, early-stage strategy, and intellectual property as part of a team of entrepreneurial scientists exploring new areas of biology to create and grow Flagship’s first-in-class bioplatforms.

At Flagship Pioneering, Charlotte is a member of the Founding Team of ProFound Therapeutics, focusing on the proteomics strategy and the proteomics team development. In addition to her role in establishing ProFound, Charlotte became a co-founder of three additional stealth-mode companies.

Prior to joining Flagship, Charlotte completed her PhD in quantitative mass spectrometry-based proteomics in the groups of Prof. Aebersold and Dr. Collins at ETH Zurich in Switzerland. During her thesis, she worked on developing and applying protein-protein interaction detection methods to study host-pathogen interactions.

We are leading the way in the next biotech revolution by illuminating the expanded human proteome to transform human health.